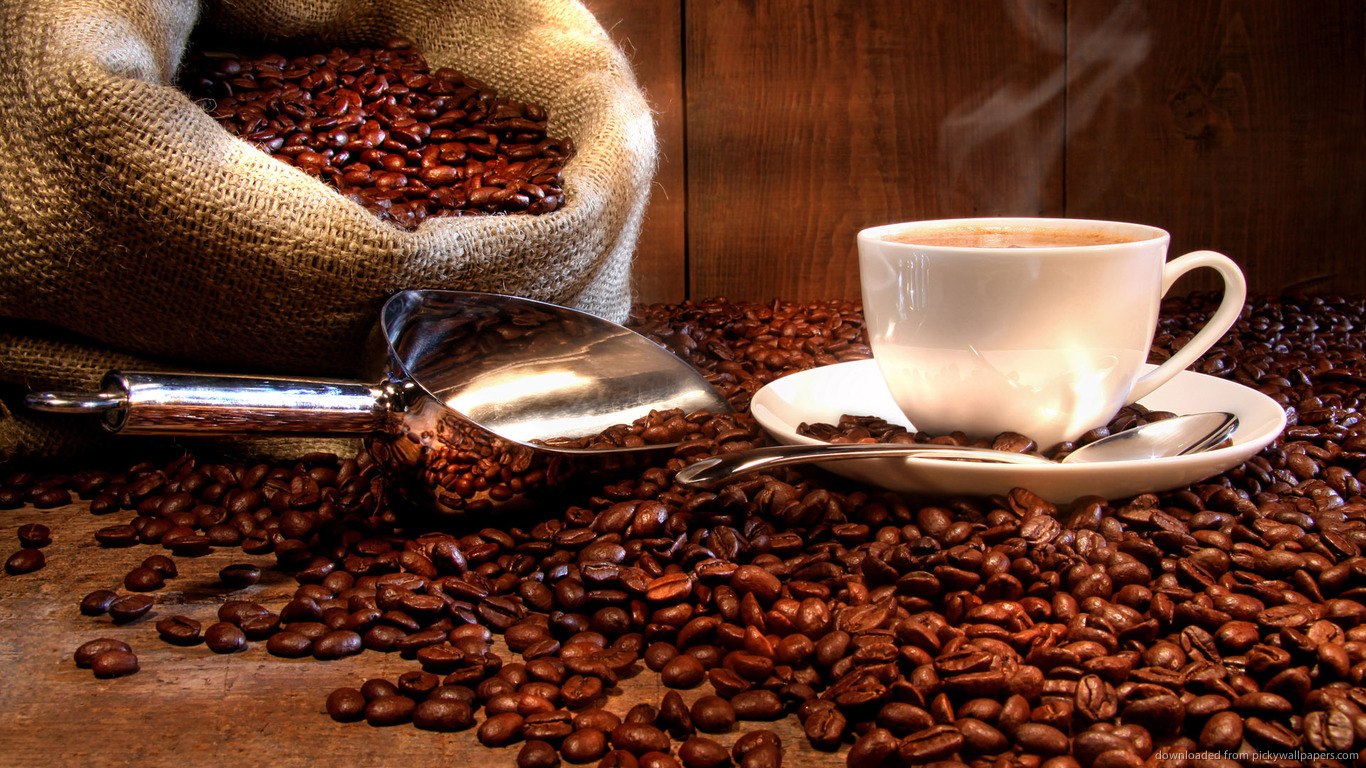 “Even bad coffee is better than no coffee at all.”
― David Lynch

Lets be totally honest here… Most people think coffee is coffee is coffee, it’s all the same right? Well, that’s not exactly true. Coffee has become somewhat of a passionate subject in South Africa as of late and we thought it good to provide some background info to those of you who want to know more about how your cuppa-joe came into being and the effort that goes into producing this wonderful piece of liquid heaven, explaining why different coffees taste the way they do.

The coffee bean
In order to explain where this drink comes from we will start with the coffee plant itself. A coffee bean is a seed of the coffee plant, and is the part of the plant that we use to create our brews. To be more specific it is the pit inside the red or purple fruit often referred to as a cherry. Even though they are technically seeds, they are referred to as ‘beans’ because of their resemblance to true beans. When the plants mature they form delicate white, jasmine-like blossoms that last for a little more than a day. These blossoms give way to coffee “cherries” that are red and round. 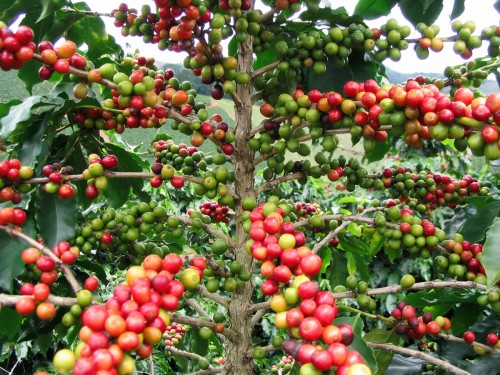 It takes 3 to 5 years for the plants to mature enough in order to produce proper cherries and this is also only accomplished with the proper combination of climate, rain, sunshine and shade. These plants thrive in higher altitudes as this causes the coffee bean to grow slower than normal, which in turn leads to a more aromatic and flavorful coffee. The cherries are harvested by hand or machine and only the ripe cherries are plucked from the plant (you will note in the image above that not all cherries ripen at the same time) and since only the ripe coffee cherries are picked, each tree can be picked numerous times during a season. The cherries are then stripped in order to uncover the bean hidden on the inside, the pearl in the oyster if you may…

There are two coffee plants used to make coffee today, Coffea Arabica and Coffea Robusta. Here is how the beans differ in appearance: 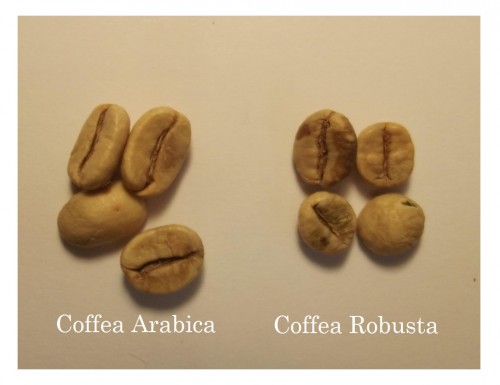 Arabica seems to be the preferred bean of choice and is certainly the most widely available of the two. Each bean also has different varieties which we will cover later on in another article we have lined up for you. Variety, varietal and cultivar have been used to refer to the various forms of coffee grown around the world. Varietal is a loaned from the wine snobs, belonging to a single specified variety of grape, and is used by coffee snobs to refer to a sub-species of coffee bean.

Coffee beans from different places may have distinctive characteristics such as flavour, including terms such as “citrus-like” or “earthy”, caffeine content, body or mouthfeel, and acidity. These reflect the local environment where the coffee plants are grown, their method of process, and the genetic subspecies. In this sense, coffee can be considered similar to wine, which also demonstrates clear regional variation. Coffee from a single geographical location is called single-origin.

SINGLE ORIGIN
It was the year 1999 when George Howell founded the Cup of Excellence. This was seen as the “World Cup” of the coffee industry, and this specific event drew the attention of various connoisseurs to specific farms — as opposed to regions or countries — in choosing the best coffee beans of the year. This renewed focus forced purveyors to pay greater attention to the product when grading, separating at harvest, roasting and cupping. The result was a whole new experience of uniquely identifiable coffees.

Thus, single origin coffee is a collective term for coffee from one single source, usually one farm. However, some estates are so large that the plantations are split up – starting debate as to whether this is still single origin. Common acceptance was reached that this was still acceptable, as long as the bans were milled in the same place. Micro-lot coffee, on the other hand is solely dedicated and defined by the single field. The controls applied to the name are very strict (similar to, for example, Châteauneuf-du-Pape wine from France’s Provence region) in the sense that the altitude changes across a single plain must be negligible, and harvesting is constricted to a single day. Debate rages between these two sub-categories as to the true holder of the term “single origin”, but regardless of how you view it, you have to admit that the quality in this class is undeniable and great care and passion is put into producing single origin beans with these beans being sold at an auction. Whether this type of carefully crafted coffee produces a superior flavour will be a debate among educated men forever, it’s something we encourage you to explore.

BLENDS
Some coffee snobs will argue that single origin is the only true coffee, almost like fans of single malt whisky. Roasters who are responsible for blending coffee, on the other hand, are searching for synergy in the cup. Pundits argue that a better taste can be obtained through blending coffee, this is due to the method of extraction: extreme heat and pressure amplify the natural essences of the coffees, creating an unbalanced brew in some single origin coffees, making blends a big favourite when it comes to espresso. Blends aren’t just for espresso though, and by combining the distinct properties offered by various types of beans, a coffee roaster can tailor flavors to suit an individual’s taste or design a product to appeal to a much broader audience. In fact, coffee companies invest millions in the art of blending, to ensure that a specific blend tastes the same today as it did in 2004 and will also taste the same when you drink the one produced in the year 2024. Blending can be done pre- or post roasting the beans.

A FINAL WORD
This should have offered you a sneek peak into the origins of the magic beans that we sometimes take for granted. Appreciating proper coffee is a sign of maturity, cultivation and bone-raw coolness in our opinion. There is, however, still much more to share – from the perfect grinders to brewing methods, roasting types, coffee machines, storage, decaffeination, you get the picture… We will be writing up on all of these.

We hope you enjoyed the article! Please remember to add us to your social media accounts here and here and feel free to try out our [ninja-popup ID=831]Newsletter[/ninja-popup]. We will be giving away a few prizes in the near future (the odd whisky, sunglasses and cycling gear) to newsletter subscribers only!