The Lions will be too strong for the Sharks, carrying their strong momentum and team-play forward. the Lions have a trio of dominating loose forwards, with the monster Willie Britz as backup. This game will be won in the engine room, upfront. The lions pack has the most under-rated front row in the WORLD and be on the lookout for Julian Redelinghuys when he comes on from the bench, a Springbok -without a doubt- in the near future. Expect fierce competition at the breakdown and a bombardment of carries from the Lions loose trio. The Sharks will be aided by Cobus Reinach, who now has international experience and he will be their ace. Running rugby from the Lions back line will most likely feature if the pack (most likely) provide them with lots of and clean balls.

Contrary to what people think, this will be a much closer contest. Even though Province are leading the scoreboard the Bulls have some great momentum going for them. Cheslin Kolbe, Seabelo Senatla, Nizaam Carr and Juan de Jongh will decide the game for Province, while Dean Greyling (did you know he has the most turnover won in this years Currie Cup??), Jacques Du Plessis, Paul Willemse and Handré Pollard will be the key players in the Bulls team. Similarly to the Lions, the Bulls have battering rams who pound away at the defence seeking to draw players n to create overlaps in later phases. If the Province boys are competitive at breakdowns and counter this onslaught they will set their backline free and be in with a chance. However, semi-final rugby is all about pressure and territory, and if Handré’s boot is on fire the Province faithful may be in for a tough day. This all being said, I believe that the home ground advantage and the experience of knockout stage wins (2012 and 2013 finalists) will tip the scale in the advantage of Western Province. 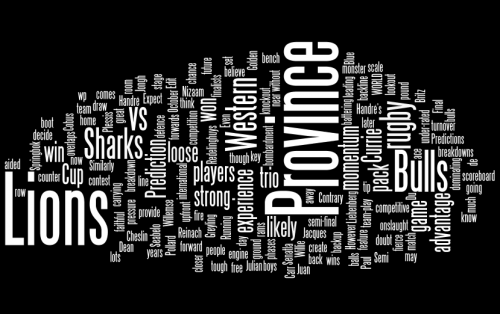